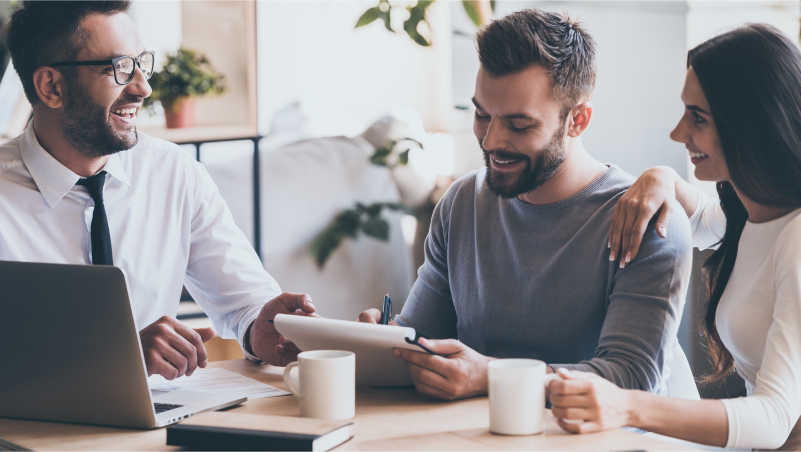 At the end of June, in every region of the country, hundreds of homeowners have a tough decision to make. The ‘listing for sale agreement’ on their house is about to expire and they now must decide to either take their house off the market (OTM), For Sale by Owner (FSBO) or list it again with the same agent or a different agent.

Let’s assume you or someone you know is in this situation and take a closer look at each possibility:

Taking Your Home off the Market

In all probability, after putting your house on the market and seeing it not sell, you’re going to be upset. You may be thinking that no one in the marketplace thought the house was worthy of the sales price.

Because you are upset, you may start to rationalize that selling wasn’t that important after all and say,

“Well, we didn’t really want to sell the house anyway. This idea of making a move right now probably doesn’t make sense.”
Don’t rationalize your dreams away. Instead, consider the reasons you decided to sell in the first place. Ask your family this simple question:

Just because the house didn’t sell during the last listing contract doesn’t mean the house will never sell or that it shouldn’t be sold.

Re-Listing with your Existing Agent

For whatever reason, your house did not sell. Perhaps you now realize how difficult selling a house may be or that the listing price was too high, or perhaps you’re now acknowledging that you didn’t exactly listen to your agent’s advice.

If that is the case, you may want to give your existing agent a second chance. That’s a perfectly okay thing to do.

However, if your agent didn’t perform to the standard they promised when they listed your home you may want to either FSBO or try a different agent.

For Sale by Owner

You may now believe that listing your house with an agent is useless because your original agent didn’t accomplish the goal of selling the house. Trying to sell the house on your own this time may be alluring. You may think you will be in control and save on the commission.

But, is that true? Will you be able to negotiate each of the elements that make up a real estate transaction? Are you capable of putting together a comprehensive marketing plan? Do people who FSBO actually ‘net’ more money?

A study by Collateral Analytics reveals that FSBOs don’t actually save anything, and in some cases may be costing themselves more, by not listing with an agent.

The study concluded that FSBOs achieve prices significantly lower than those from similar properties sold by Realtors using the MLS. Also the data suggests the average price was near 6% lower for FSBO sales of similar properties.

“Research has shown that, between mistakes, lack of negotiating skills, pricing errors and general exposure on the market, you’ll cost yourself more than the real estate commission…You’ll come out slightly better and with a lot less hassle if you use a top-shelf agent.”

After failing to sell your home, you may no longer trust your agent or what they say. However, don’t paint all real estate professionals with that same brush. Have you ever gotten a bad haircut before? Of course! Did you stop getting your hair cut or did you simply change hair stylists?

There is good and bad in every profession—good and bad hair stylists, agents, teachers, lawyers, doctors, police officers, etc. And just because there are good and bad in every line of work doesn’t mean you don’t call on others for the products and services you need. You still get your hair cut, see a doctor, talk to a lawyer, send your kids to school, etc.

You initially believed that using an agent made sense. It probably still does. Contact a local real estate professional and discuss the possibilities.

"Selling Your House On Your Own Could Cost You" KCM Crew