How to Increase Your Home's Value 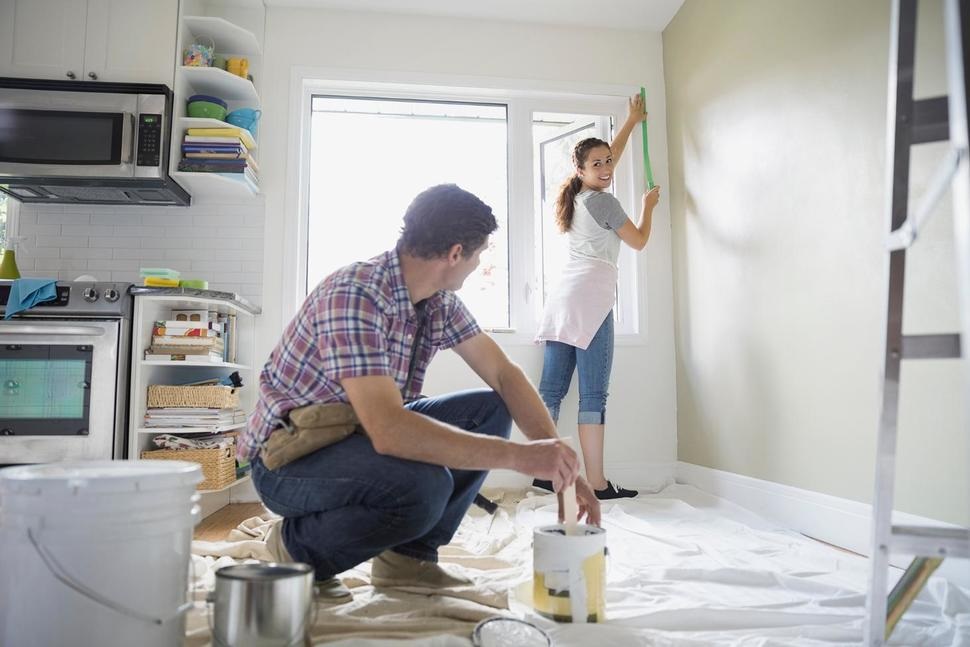 How to Increase Your Home's Value

There is really only one reason to try to increase the value of your home: if you’re trying to sell it. If you’re not, deliberately increasing your home’s value most likely will increase your tax bill as well. There are ways to increase your home’s value for resale that range from the very expensive (major remodels and additions) to free (tidying up the front yard). We’ll look at the whole range, noting how much value is added when possible.

Before you begin any of these projects, it is important that you do them with the following in mind: you do not want to raise the value of your property too far above others in the neighborhood. Why? Because people who want expensive homes will shop exclusively in higher-value neighborhoods. If you own the “best house” in the neighborhood, it is unlikely you will recoup whatever investment you’ve made. A good rule of thumb: keep the value of your property within 15 to 20 percent of your neighbors’.

The following figures appeared in an article by U.S. News and World Report on June 2017. They list the top remodeling projects undertaken to increase a home’s value in the United States and what percentage of your remodeling investment is recouped at resale.

It doesn’t necessarily mean making a complete overhaul, but could include refacing cabinets or updating finishes. A minor kitchen remodel will recoup 80 percent of its cost, according to Remodeling Magazine, while a major mid-range kitchen remodel only has a 65 percent return on investment.

Homeowners who add a wooden deck, which costs an average of $9,539, nationwide, recoup an average of  87.4 percent of the projects cost when they sell. Keep in mind municipalities typically require a permit to build a deck.

Refinishing a basement or other space can dramatically boost the value of a house in some areas. “In Denver, we have a high price per square foot,” Shepherd says. “To spend $20,000 to $30,000 to finish [off a space] makes a ton of sense.”A 2015 National Association of Realtors report considered the value of converting a basement to living space. It estimated homeowners could expect to recoup 69 percent of the project price.

Renovations within the existing envelope of your house (those that do not require to build an addition or expand your roof and foundation ) often return more value than building extra rooms onto your home. Converting an attic into a bedroom ranked third of the 35 improvements on the report, returning an average of 84.3 percent of the amount spent.

On average, replacing your siding will return 78.2 percent of the amount spent to the value of your home

Each year, Remodeling Magazine conducts a cost-versus-value analysis to determine which of 29 home projects offers the best return on investment. In 2017, it isn’t a new kitchen or bathroom that tops the list. It’s attic insulation.It’s an inexpensive project that can be done for less than $1,500 and has an estimated return of 108 percent. Plus, it’s a good investment regardless of whether you plan to sell. “Anything that makes your house cheaper and lowers the cost of owning a home [is smart],” says Jason Shepherd, co-founder of Atlas Real Estate Group in Denver.

When it comes to what it considers upscale renovations, Remodeling Magazine says replacing the garage door offers the best return on investment. Sellers can expect to recoup 85 percent of the cost of this project.

A new front door can also be a good investment. According to Remodeling Magazine, you’ll recoup almost 91 percent of the cost on a steel entry door and nearly 78 percent on the price of a fiberglass one.

These are national averages, so in your area, the figures may be lower or higher.

While these 10 renovations make the most sense from a dollar and cents perspective, every market is different. It is recommended that home owners talk to a broker and to understand the expectations of buyers in the area before sinking too much money into a home renovation.

Projects that may increase your home’s value include: Jacuzzi (4 jets or more); permanent hot tub; in-ground pool with nice deck area; security system; sprinkler system; substantial out buildings such as a two-car garage or finished workshop; and vaulted or trey ceilings. Think twice about the following projects however, as they may not add value to your house: above-ground pool; ceiling fans; garden pond; and light fixtures.

Some tips when attempting value-increasing remodeling:

Don’t go cheap when it comes to construction. Use durable, quality materials. If you’re a do-it-yourselfer, honestly evaluate your ability to do it right.

Don’t remodel in a different style from the rest of the house. Additions and improvements that look “tacked on” may detract from a home’s appeal.

Turning a bedroom into a bathroom is a mistake – it reduces the number of bedrooms, a chief selling point. Adding a bathroom is a major investment, and it doesn’t have the best return. Reports from both the National Association of Realtors and Remodeling Magazine say homeowners will recoup slightly more than half their investment. However, it may be essential to making a sale, especially if there is only one bathroom in the house. “When you’ve got over three bedrooms and you’re all sharing one shower, that’s really tough in a resale market,” Shepherd says.

If you don’t sell, there are improvements that actually reduce your tax bill. Qualifying improvements are those that increase your home's value or prolong your home's life, including: a fence, driveway, a new room, addition, swimming pool, garage, porch or deck, built-in appliances, insulation, new heating/cooling systems, a new roof, landscaping, etc.

If you don’t have the kind of money it takes for even minor remodeling, there are low-cost ways to increase your home’s value. At the very least, the following things will make your home more attractive and inviting to prospective buyers.

Make sure the outside of your home is spic-and-span. Clean out the gutters. Wash the windows and remove cobwebs and bugs. Trim the hedges, cut and edge the lawn, sweep the sidewalks and driveway. Plant some colorful flowers out front. The reason for these small things is simple: If two similar homes in the same are area are both for sale, the one with the cleanest and most appealing front yard will sell first.

You may want to add to or improve your landscaping while you’re at it. According to a study conducted by Money Magazine, landscaping may be the best investment to improve a home's value. The study found that well-planned, attractive landscaping was estimated to have an actual recovery rate 100 to 200 percent higher than a kitchen or bathroom renovation.